As inflation, gas prices and other rising costs have strained people’s wallets, housing remains a challenge for buyers and renters alike.

According to data from the St. Louis Federal Reserve, the median home price has risen more than 15 percent in the past year. And renters are feeling the same pain: According to Redfin, rents in May were on average 15 percent higher than a year earlier, but in some cities, such as Austin, Nashville or Seattle, the increase was more than double.

All this makes finding and providing shelter increasingly difficult. And while this seems to have worsened in recent months, house prices have been steadily rising for a decade, making home ownership and affordable rent out of reach for many.

Here’s a look at some of the factors contributing to the tough housing market, and who is most affected.

As inflation rose — with the consumer price index rising 9 percent year-on-year in June, the highest in more than 40 years — the Federal Reserve began raising interest rates. This has led to higher mortgage rates, which are a product of inflation and interest rates, said Daryl Fairweather, chief economist at the real estate brokerage Redfin. “Because inflation has increased, this means that anyone who lends out money knows that unless they charge a higher amount they will not really get its true value back. [mortgage] interest because money in the future will not be worth as much as money today if you have inflation.”

The result is stark, and pricey, increases. According to Freddie Mac, the average interest rate on a 30-year fixed-rate mortgage has nearly doubled since this time last year, from 2.8 percent in June 2021 to 5.52 percent in June this year.

As a result, the demand for housing, and with it house prices, has fallen slightly. But what people can save on the purchase price could be erased if mortgage rates are taken into account, which at their current levels can add nearly $100,000 to the cost of a $200,000 mortgage over the course of 30 years.

While inflation is a recent factor, house prices have risen since the low of the housing crash in 2012.

Buying a home is out of reach for many people whose wages have not kept up with inflation and general price increases. A February 2022 National Association of Realtors report found that a household earning between $75,000 and $100,000 per year can afford about half of active home listings.

In 2020, the median household income was $67,521, according to Census data analyzed by the Federal Reserve. For people in that income bracket, options declined rapidly — they could afford only 34 percent of the available housing stock. According to the report, only “35% of white, 25% of Hispanic, and only 20% of black Americans have incomes greater than $100,000.

Amid skyrocketing prices, many would-be homebuyers essentially have two options: rent where they are or move elsewhere.

Buying a home in a more affordable neighborhood may seem appealing, but it can be unsustainable for those who have to live where they work. And buying a house in any other market creates its own ripple effects. 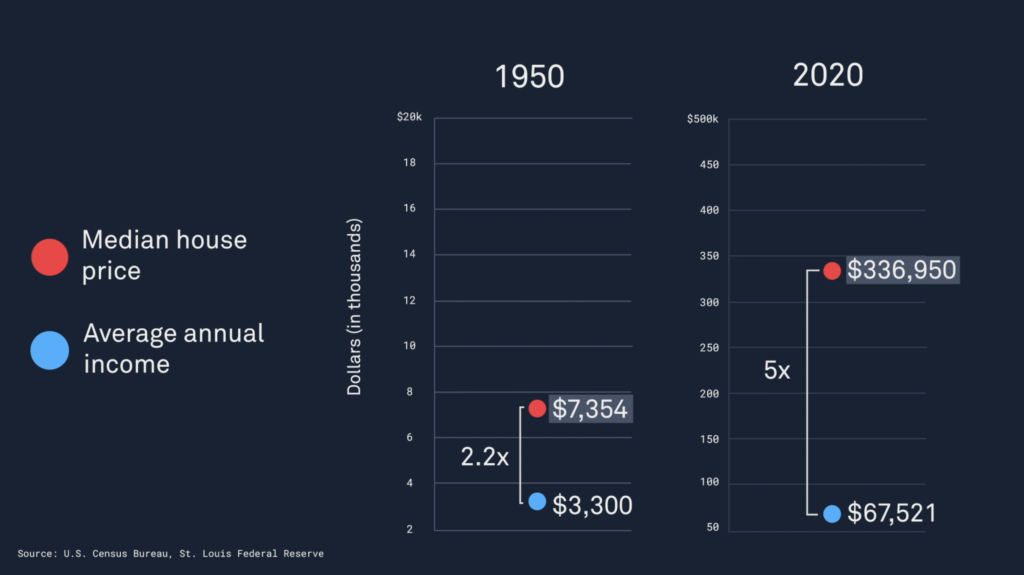 If a potential homebuyer lives in San Francisco, “where the median home price is $1.5 million, and you move to Sacramento where it’s more like $450,000, that’s a huge savings,” Fairweather said. “But what happens then is housing prices in Sacramento go up and the people who live in Sacramento, renting, for example, face a lot more competition. Their property taxes, probably taxes, are also going up. And so the locals are priced and then have to move to the next most affordable subway.”

Even smaller apartments are too expensive for low-income workers, according to the National Low Income Housing Coalition. By 2021, an employee would have to earn $24.90 an hour to afford a “modest two-bedroom apartment,” NLIHC wrote in a recent report. the country earning a state, federal or local minimum wage for a 40-hour work week can currently afford “a modest two-bedroom rental home at a fair market rent,” the report said.

The biggest problem in the cost of finding shelter is the supply. According to Freddie Mac, the United States has a shortage of 3.8 million units needed to meet current demand.

“Builders haven’t built enough to meet demand,” Fairweather said. “In the 2010s, we had built fewer homes than in any decade in the 1960s. But net demand has continued to increase, especially as millennials have entered the home buying age.” 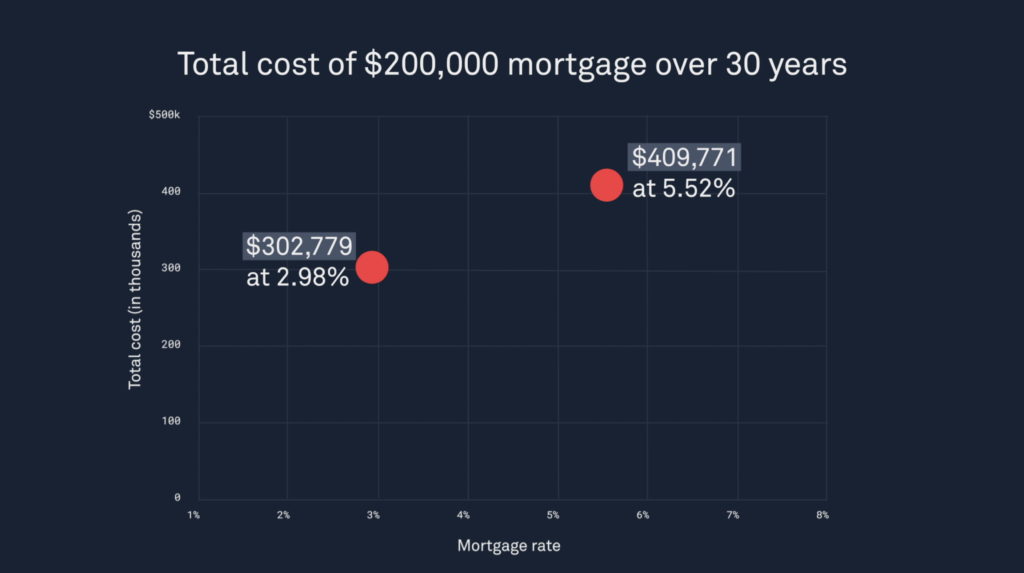 Washington, DC, for example, had about 156,000 units less than it needed in 2019, according to a new report Up For Growth, a nonprofit organization committed to ending the housing shortage. And over the past decade, Phoenix, Boise and Salt Lake City fell 5 percent from what they needed that year, the report said.

While federal housing assistance is available, primarily through the Housing Choice Voucher program, the program can’t help everyone who needs it, Berg said. Under the program, the federal government pays part or all of the rent for low-income families, people with disabilities, and the elderly.

“It is financed in such a way that about a quarter of the people who need help actually get help. And the other three quarters go on a waiting list and sometimes wait for years to get into the program,” Berg said.

The best solution, Berg said, is for communities to build modest rental housing. But local zoning plans can pose significant barriers to that. “There’s a phenomenon called NIMBYism, not in my backyard, where people who have already bought a house, a single-family home, often don’t want their neighborhood to change” with the addition of smaller, more affordable homes, Fairweather said.

When zoning laws restrict new, higher-density constructions, it can drive up house prices and rents, pushing some people out of their homes altogether. A 2020 study by the Government Accountability Office found that, all other things being equal, a $100 dollar increase in the median rent was associated with a 9 percent increase in the estimated U.S. homelessness rate.

Housing in America has mostly been used as a way to build wealth. But in a housing crisis where some can’t find a home within their means or at all, there are generations of financial and socio-economic ramifications, experts say.

“If housing is the main source of wealth and it is passed down from generation to generation, then it really matters if your grandparents were able to buy a house, say in the 1950s or 1960s before the Civil Rights Act. was hired,” Fairweather said.

These impacts on the wealth of generations may also exacerbate the racial wealth gap, notes a 2021 Brookings study.

“Home ownership is often seen as the gateway to the American dream and the gateway to intergenerational wealth. However, this path is often less feasible for black Americans who have 46.4% home ownership compared to 75.8% of white families,” the study notes. $48,000 less than predominantly white neighborhoods for a cumulative loss of equity of approximately $156 billion, which are major contributing factors to the racial wealth gap.”